The Ultimate Guide to Selvedge Denim

What are Selvedge Jeans? JeanStore is here to explain!

Jeans are very much a matter of personal taste but there is no doubt that our tastes are influenced by the denim trends which come and go over the years. Denim trends are dictated by the fashion landscape generally, the thirst for something new and economic factors. The world of denim is constantly in a state of flux with designers and manufacturers either responding to our demands or creating new styles that actually generate those demands. In recent years there has been an increasing thirst for selvedge denim and this is a trend which has taken us full circle and back to how jeans used to be.

Originally the denim cloth used to fashion jeans was produced on shuttle looms. These produced a tightly woven cloth by passing a continuous thread backwards and forwards. The resulting fabric was narrow and had finished edges or self-edges hence the term selvedge. This fabric was relatively costly and slow to produce as were the jeans fashioned from it. When the demand for jeans rose dramatically in the latter half of the 20th century production methods were inevitably altered to create cheaper fabrics that could be produced in higher volumes. Shuttle looms were abandoned in favour of projectile looms which were quicker, which produced wider cloth and which did not use continuous threads. Denim now had unfinished edges with a frayed appearance. 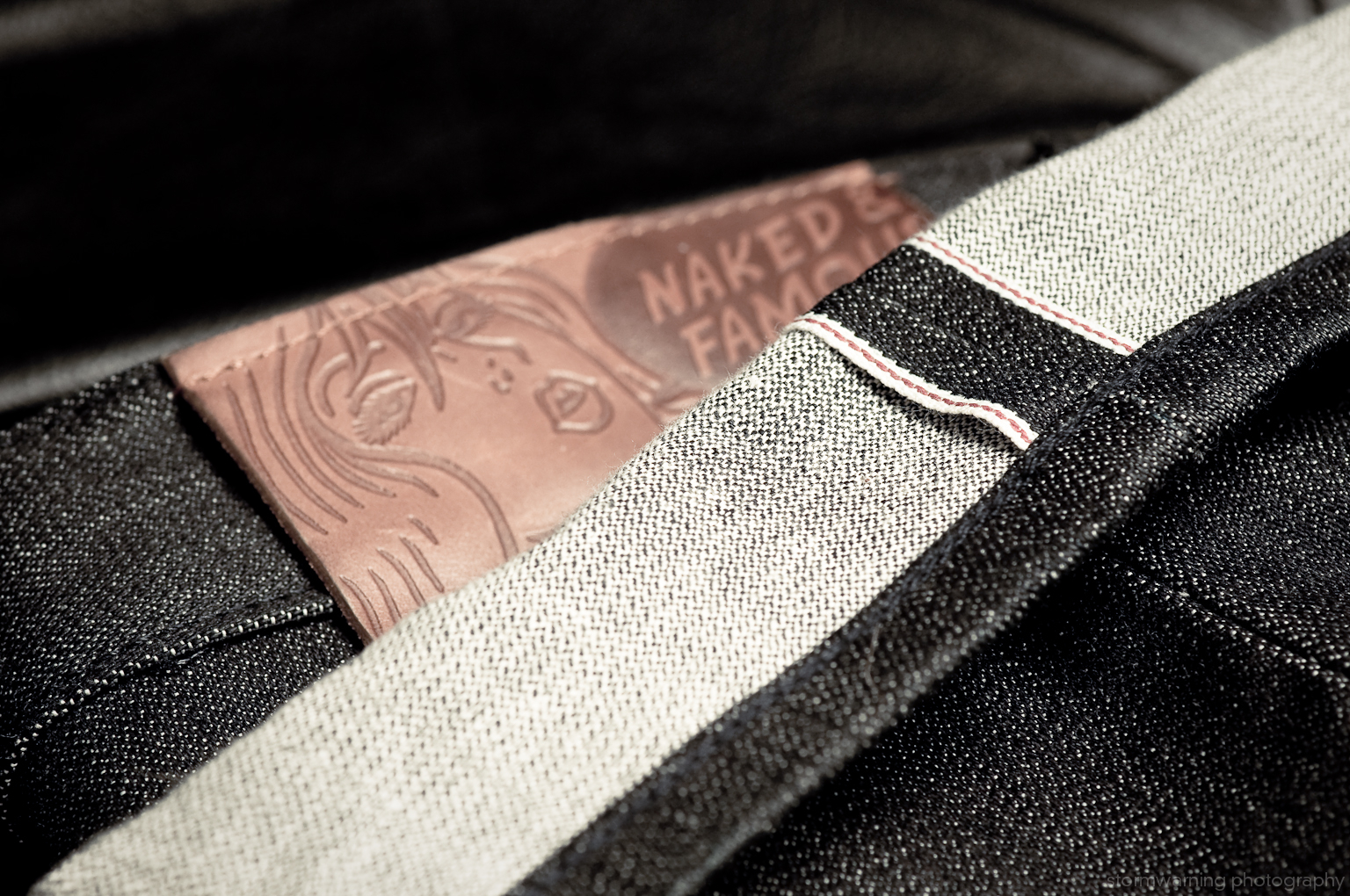 Jeans were originally work wear but had been transformed into fashion staples. People were demanding more comfortable styles as untreated or "raw" denim was stiff when new and required breaking in. Denims were then treated to soften the cloth and to prevent shrinkage thus serving up ready to wear fashion garments. New trends saw further treatments introduced like stone washing and distressing. Looks that once developed through wear were now served up in new jeans. A general need for immediacy had evolved as had an ever increasing demand for lower prices.

What goes around generally comes around, particularly in the world of fashion, and so there was a certain inevitability about the resurgence of interest in selvedge denim. The fashion landscape has polarised with the demand for cheap styles firing the success of budget retailers whilst independent and designer labels have also prospered. The denim obsessed have turned their eye to the higher quality cloths of yesteryear and Selvedge denim is now much sought after once more.

The return of selvedge (sometimes referred to as 'selvage') denim very much began with specialist labels producing jeans from cloths woven in Japan. The Japanese have long valued the quality and heritage of traditional denim and manufacturers there bought up the old shuttle looms in order to weave denim the old fashioned way. Most selvedge denim is currently crafted in Japan although there are mills in America, notably the White Oak Cone Mills in North Carolina which famously produce denims for Levi's.

So what are the qualities that make selvedge denim so sought after again? Well, the heritage is obviously important. Selvedge denim is the original cloth that sparked the jeans revolution. Selvedge denim is also generally of higher quality and more durable due to the tighter weave and finished edges. Selvedge denim also features imperfections and idiosyncrasies due to the weaving process which enthusiasts treasure as they give each pair of jeans unique characteristics. Jeans fashioned from selvedge denim are cut so that the selvedges are at the seams and therefore visible if the bottoms of the legs are turned up, and this is a popular look. Much selvedge denim is coloured with natural indigo dyes rather than chemical treatments making the jeans a little more earth friendly, a quality which is also valued. Then there is the desire for raw denim.

Selvedge denim isn't necessarily raw denim and vice versa but most selvedge denim is also raw. Raw denim is untreated cloth which has not been washed, softened or distressed during the production process. The cloth is stiff and requires breaking in. Exactly how stiff depends on the weight of the cloth which varies and is measured in ounces. Denim which is 18 ounces or more is characterised as heavy and is very stiff indeed. Jeans fashioned from this type of denim will almost stand up on their own and do take some getting used to! Breaking in raw denim basically involves wearing the jeans as often as possible without washing them. This process gradually softens the fabric whilst the jeans mould to the wearer and develop unique fading patterns known as whiskers, honeycombs and stacks. These unique patterns are treasured by denim junkies.

Raw denim has not been prewashed and so the dye tends to rub off. This is great for creating those fades but perhaps less convenient otherwise as the things wearers come into contact with have a tendency to turn blue. This can include other clothing, car seats, furniture and mobile phones with white cases. The propensity for the iPhone six to adopt a blue hue is well documented.

Sizing can be an issue with selvedge and raw denim. If it hasn't been treated at all then it will shrink when it is washed. This issue has been addressed via a process called sanforizing which shrinks the cloth without washing it. It is important to know whether the jeans you are buying are sanforized or unsanforized if you want to achieve a good fit. Sanforized jeans will still shrink but to a lesser extent. Unsanforized jeans should be soaked in cold water before they are worn. It should also be noted that selvedge jeans are often sold in genuine sizes rather than the vanity sizes which are common in mainstream collections. You might need a larger size than you usually wear if you opt for selvedge or raw denim jeans.

At Jean Store we always endeavour to bring you the finest denim collections and to reflect the latest trends. We are pleased to bring you selvedge denim jeans from the likes of Momotaro Jeans, Naked and Famous Denim, Edwin, Japan Blue, Big John, Levi's and Nudie Jeans, together with a selection of high quality unbranded styles which represent excellent value for money. If you love selvedge denim then you are in the right place!