In recent years athletic wear has become an increasingly popular choice for casual attire. So It should be no surprise that casual clothing is now being adapted for athletic pursuits. Jogger jeans have arrived and the idea of having jeans that you can exercise in is pretty cool but in truth their appearance on the fashion landscape didn't have a great deal to do with running!

At the end of the day there are a limited number of shapes that jeans could possibly be and there are only so many things you can alter in the styling. Waists can go up and down (and they have like a yoyo), fits can be looser or tighter, legs can be wider or narrower. Just about the only other feature you could tinker with is the bottom of the legs and that is exactly what has happened with jogger jeans.

If you are not familiar with this new concept then let us enlighten you. Jogger jeans are stretchy numbers with cuffed legs like jogging bottoms and often have an elasticated waist complete with drawstring. Some are even denim effect rather than genuine denim styles so they are soft and comfortable like jogging pants but look like jeans. In view of the aforementioned points the arrival of the jogger jean was probably an inevitability but they actually seem to have been invented by accident.

New Californian fashion label Publish were looking to create pants with a unique look to get their brand noticed. Inspired by a nicely fitting jogging pant that they had seen they hatched a plan to create a similar fit in a different fabric and commissioned a factory to make a batch of their design in a fleece material. Something got horribly lost in translation and when the samples arrived they were cotton twill like chinos but with elasticated ankle cuffs. Publish had the foresight to realise that they might be on to something and copyrighted the term "jogger pants".

Take-up of the new style was initially slow but few fashions evolve in splendid isolation and a similar idea was being developed by American designer Ronnie Fieg. Fieg's expertise is actually in designing trainers. He has created styles for many leading brands including Adidas, Puma, Asics and Converse. This is interesting because it has been trainers which have proved to key to the success of jogger jeans.

Many people are now borderline obsessive about their trainers. As a consequence they like to show them off as much as possible. The legs of some jeans cover up footwear and although skinny jeans do put everything on display, for some they just don't emphasise the shoes enough and others prefer to wear a more loose fitting style. A trend developed in Europe for pin rolling the bottom of jeans. This is simply rolling up the bottoms into a narrow cuff to make a bigger deal of the accompanying footwear. Ronnie Fieg picked up on this self-styling concept and designed his Kith Mercer pants to sell in his Kith NYC fashion stores. Wearers would not have to go to the effort of rolling up their pants because the look had been created for them. 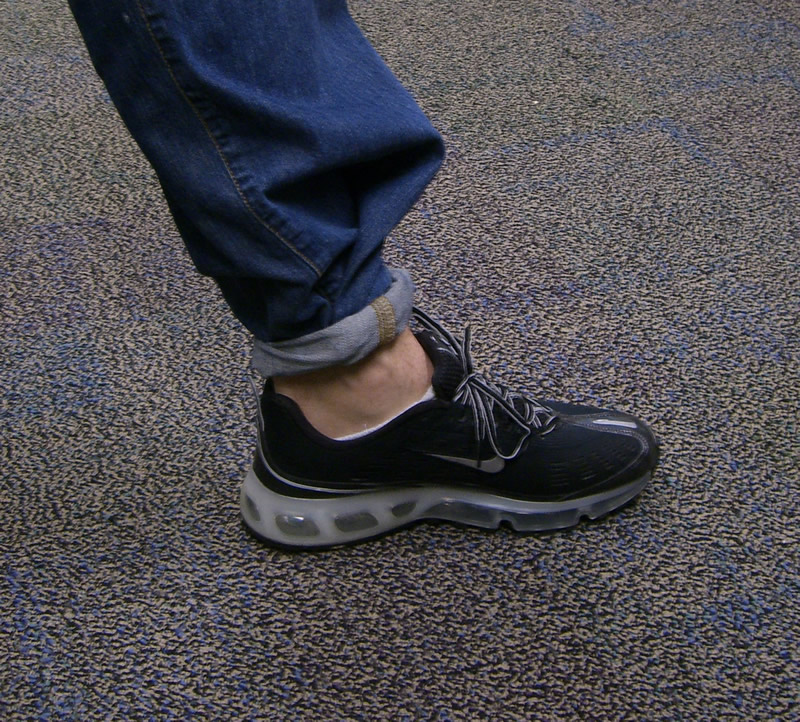 
The Kith Mercer canvas pants proved extremely popular and so others started to jump on the bandwagon and to produce not just canvas pants but jeans. Diesel and Abercrombie & Fitch now have Jogger Jeans collections and you can expect many more big labels to follow suit.

Time will tell whether this is a passing trend as so many innovations are, or if we all get very comfortable with these flexible friends and stick with the style. In common with most fashions the jogger silhouette with its tapered legs does not suit everyone and is most flattering on taller, slender physiques. Maybe the future of jogger jeans is inexorably tied to that of trainers. If we get tired of those then we may start covering our feet again but a rebellion against trainers seems unlikely in the near future. Or maybe the longevity of jogger jeans will be guaranteed if fitness becomes a bigger deal. They are, after all, the perfect solution for those who want to work out without abandoning their favourite denim.