Guide to the History of Jeans

The Story of the Blues - A Guide to Jeans Technology

Jeans have been one of our favourite fashion choices for so long that most of us have probably stopped thinking about how they evolved. The jeans we wear today are very different from the styles first produced by Levi Strauss as workwear and many of the features which characterise contemporary jeans are the result of innovation, invention and technological development. Here are the stories behind the developments in jeans technology.

These days, in common with most garments, the majority of jeans styles have a zip fastening but that wasn't always the case. For decades jeans had button flies, initially because the zip had not been invented and subsequently because the jeans manufacturers were slow to adopt the new technology. 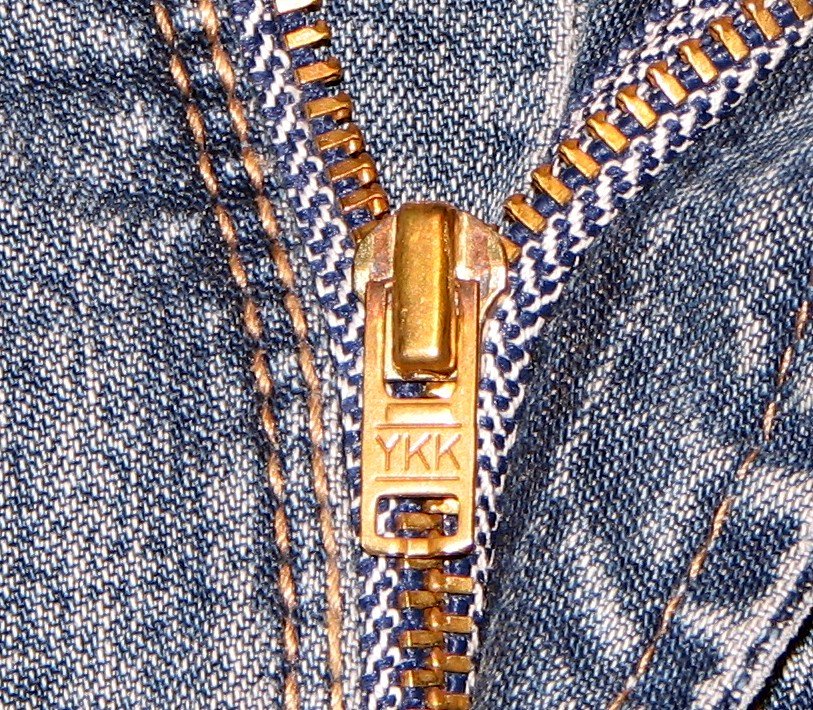 It is quite surprising that the zip is a comparatively recent innovation and didn't appear in its current form until well into the 20th century. The forerunner of the zip was a device created by Elias Howe which he patented as an "Automatic Continuous Clothing Closure" in 1851. This creation was more of a draw string than a slide fastener and Howe didn't make very strenuous efforts to market his invention. It wasn't until 42 years later that things moved forward when Whitcomb Judson unveiled a new clasp locker which was a hook and eye system for footwear.

With the help of businessman Colonel Lewis Walker, Howe then launched the Universal Fastener Company to manufacture the new device but it flopped. Improvements were obviously required and they finally came when engineer Gideon Sundback joined the organisation and eventually came up with what we now know as the zip. The new fastener appeared in 1913 and was marketed as the "hookless hooker".

The name zipper or zip fastening did not arrive until 1923. The B F Goodrich Company were using the "Hookless Hooker" on a new style of boot and began referring to it as a zipper. The name stuck and has never changed.

Lee claim to have been the first manufacturer to produce a pair of jeans with a zip fastening. The 101Z jeans were launched in 1923 but the idea didn't really catch on until the late 1930's. France was the home of fashion and when French designers started raving about the virtues of the zip people began to sit up and take notice. None the less zips did not overtake buttons as the favoured fastener for jeans until the 1950's. It is said that the denim labels were slow to adopt the technology because jeans were almost exclusively worn by men until the latter half of the 20th century and there were concerns about certain parts of the male anatomy getting caught in the zips!

The zip fastener did not put an end to button flies which have experienced several returns to favour as fashion trends have come and gone over the years. Today we can still choose styles with button flies, notably Levi's 501's, and many people prefer them. Others find fumbling with buttons an inconvenience!

Rivets are the metal studs which reinforce areas of stress like pocket openings on jeans and other clothing. In today's jeans rivets are still an indication of quality and are often included for aesthetic reasons as it is now more common to use a bartack stitch instead of metal to reinforce problem areas. The rivet, however, was instrumental in the early popularity of jeans.

Back in 1872 an American tailor named Jacob Davis was asked by a local woodcutter's wife to fashion a pair of durable work trousers for her husband. Davis came up with the idea of reinforcing the pants with metal rivets. The idea worked and he started to receive more requests for the trousers. Realising he had hit on something that was potentially big he knew he had to patent his idea but lacked the funds to make the application. He approached one of his fabric suppliers to ask if he would join forces to patent and sell the clothing. The merchant agreed and his name was Levi Strauss.

The first jeans produced by Levi Strauss were brown canvas but the partners then tried using denim which proved to be much more popular. It was metal rivets that were behind the initial popularity of jeans and then the use of denim that was to ensure they would become the world's favourite fashion items.

We all know that jeans are principally fashioned from denim but how many of us stop to ponder what denim actually is? What is it about denim that has made it so successful? As you can see from the story of rivets, the durable work trousers that were to become known as jeans were originally made from brown canvas. Levi Strauss and his partner Jacob Davis then tried using another fabric and found that their customers preferred it.

That fabric was a sturdy cotton twill originally produced in France by the Andre family and it was called serge de Nimes. This was eventually shortened to denim. The fabric is produced by a weaving process where the weft thread is passed under two or more warp threads. This process results in the familiar ribbing of the denim and the strength of the fabric.

In most blue denim it is only the warp threads that are dyed with the weft threads remaining white. This is why jeans often appear blue on the outside and a paler colour on the inside. Denim was successful because it was robust and because when washed, the fabric became soft and comfortable. Denim's popularity was no doubt also related to its distinctive blue colour and in more recent times, for fashion reasons, to its propensity to fade.

It is the distinctive blue colouring which really distinguishes denim and that colour is indigo. Indigo was originally a natural dye extracted from plants and has been used since ancient times when it was a luxury item only available to the wealthy. This association with wealth could explain why the rich blue colour of the first denim jeans was so popular.

Natural indigo was time consuming and labour intensive to produce and so inevitably alternatives were sought. by the end of the 19th century it was practical to commercially manufacture synthetic indigo, a derivative of benzene which is extracted from fossil fuels. This derivative is treated with further chemicals including hydrogen cyanide to produce the pigment. Indigo, whether natural or synthetic, does not naturally adhere to fabric and must be further treated to turn it into a viable dye. Even this does not fully penetrate cotton but rather sits on the outside of the threads. The molecules are chipped away with wear causing the familiar faded look which has proved to be such a hit.

Fading and general signs of wear have proved so popular that many jeans are now deliberately faded or distressed during manufacture. This often results in the use of yet more chemicals and a great deal of water to produce the desired appearance.

Sadly the production of indigo dyes, their use in fashioning jeans and the denim distressing processes are all less than kind to the environment. It is now possible to produce the treasured indigo blue pigment from the plant woad and to convert this to a dye without the need for chemical additives. Large scale production has yet to start as the new industry would require significant investment but rapidly increasing environmental concerns may well lead to jeans being dyed with woad extract in the future.

There is some argument over which manufacturer invented the stone washing process for jeans but whatever the truth of that debate,

The Not So Humble Jean

So although we tend to refer to all denim and coloured canvas trousers as jeans, this wardrobe staple is actually a huge family of different looks that have evolved over time and are often the result of technological development and much scientific research. Indeed the evolution of jeans is as much the story of man's inventive spirit and scientific advances as is it is one of fashion. There is mind boggling array of fabulous jeans to choose from as illustrated by the superlative collection at Jean Store!