Should You Wear Jeans to Work

Should You Wear Jeans to Work?

If only there was a definitive answer to that question! Since the early 90's there has been a gradual shift towards more casual attire in the workplace. Many people do now wear jeans to work but corporate cultures and dress codes still vary dramatically.

Dressing for your first day in a new job can be a perilous task if you don't know the lie of the land. If your wardrobe is too formal you will stick out like the proverbial sore thumb. Dress too casually and your new employer could think that you have a poor attitude to your work. Whether you are looking to fit in or to stand out you have a potentially difficult decision to make.

Many organisations have dress codes laid out in their HR handbooks. These can be extremely prescriptive, leaving you with little room for manoeuvre, or they can be unbelievably vague using expressions like "business casual" which are open to interpretation.

Either way it probably won't take you very long to find out what is acceptable and what isn't, especially if you have inadvertently taken the unacceptable route! If you buck the trend then there could be a rocky road ahead. Some employers won't care what you wear as long as you are a high performer, others will haul you into a disciplinary for dress code transgressions and insist that you conform.

Jeans are now an acceptable choice in many workplaces although this relaxed attitude still doesn't usually extend to welcoming ripped or distressed jeans, sagging or other more radical denim styles. Even skinny jeans are considered too much in some circles. This situation may change and you could always decide to be at the forefront of a move to more fashion forward working attire.

Being a trend setter will get you noticed and that could be a positive thing or a complete disaster. There is often only one way to find out!

So jeans are far from a radical choice and are likely become even more mainstream. Especially as many of the world's most iconic high achievers always seem to be wearing jeans. If the likes of Mark Zuckerberg and Richard Branson can routinely wear jeans then it must be OK right? 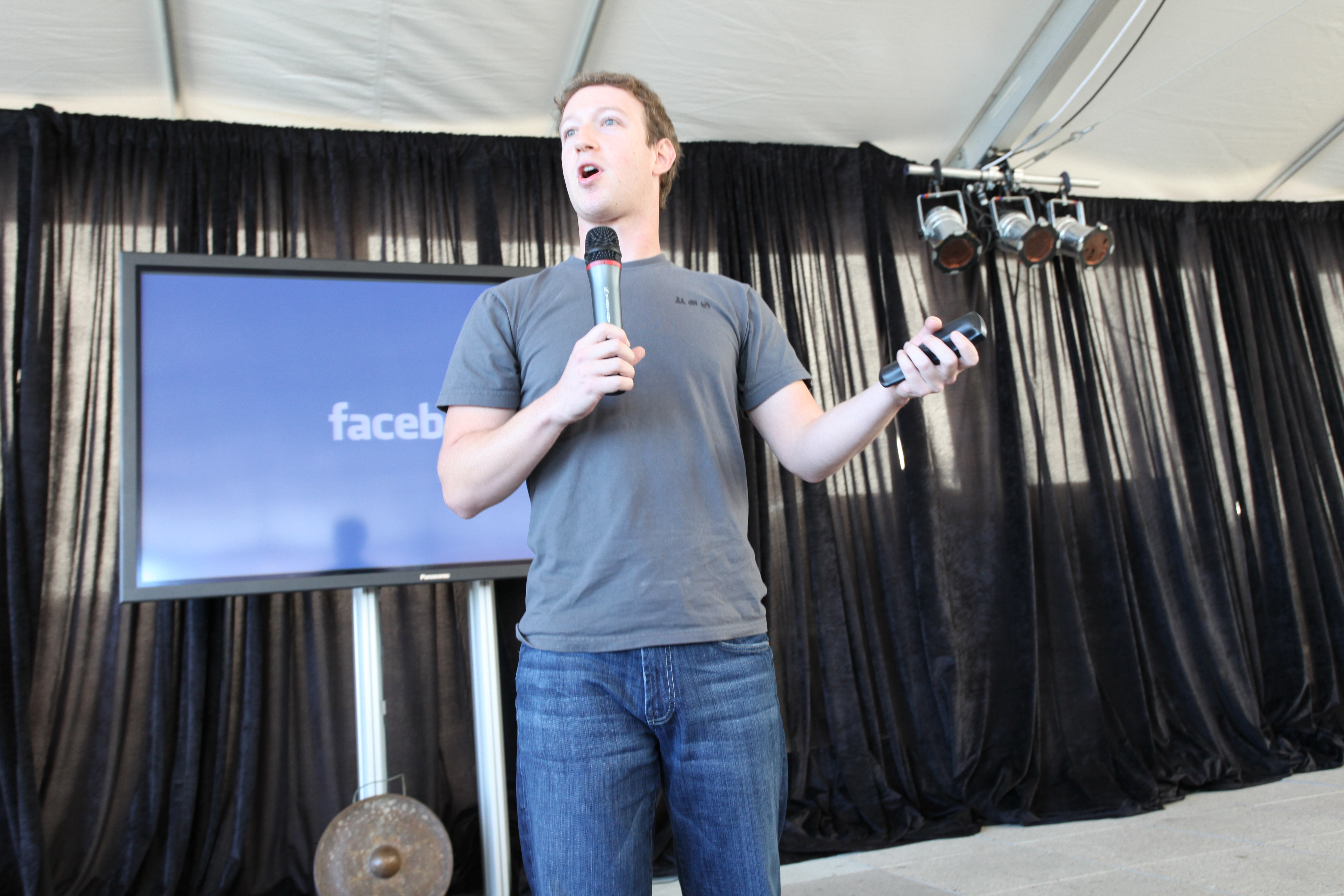 Mark Zuckerberg at a Press Conference


We have arrived at the heart of the issue. Just because there is nothing controversial about wearing jeans to work that doesn't necessarily mean that it is a good idea. After all, everyone used to think that the world was flat and treated dissenters as heretics. Does what we wear really make a difference? That is the really crucial question. If what we wear makes no difference then the debate is rendered pointless and all employers should adopt an anything goes policy. If what we wear does impact on our performance then jeans are at the heart of one of the most important issues of our times.

We live in a competitive world. Companies can only prosper if their workforce is sufficiently motivated, inspired and productive. Could what the workers are wearing prove to be a vital factor?

You would think that such a potentially important issue would be the subject of a huge amount of research but this hasn't been the case. To make matters worse the research that has been conducted has produced what appear to be conflicting results.

Research at California State University has indicated that the more formally you dress the more powerful you feel and the more broadly you think. This suggests that the suit and tie approach promotes productivity, lateral thinking and the ability to take control of situations. A study by Northwestern University in the US also demonstrated that what you wear affects how you behave. In this study volunteers were asked to wear white coats and their performance was then observed. When they were told that they were wearing doctors' coats they behaved rather differently than when they were told they had been given decorators' coats.

Research, psychologists and anecdotal evidence all suggest that casual attire blurs your mental boundaries. It is more difficult to distinguish between your work self and your social self making it harder to leave work behind. It can then be impossible to switch off and that can lead to stress.

Issues with boundaries don't have to rule out casual dress, however. You can distinguish your work attire by adding splashes of colour or interesting accessories. Just add accents which are clearly different from those you would wear outside of work.

To complicate matters, some research has suggested that casual clothing, including jeans, has a positive influence on performance. Workers have been shown to feel more relaxed and comfortable, leading to improved productivity. It has also been suggested that a casual dress code boosts morale. An employer's willingness to be flexible is appreciated by the workforce and so can be a powerful motivator.

Health issues should also be considered. Research at the University of Wisconsin found that people who wear jeans to work are more active during the day than those who dress formally. As there is no doubt that many people are far too sedentary this could be a crucial finding.

Given that casual dress is the order of the day at Google and Facebook it hard to argue that it is a barrier to success! But then you won't be seeing bank clerks and airline cabin crew dressed in jeans any time soon and we don't really know what difference it would make if they did. For the time being at least, many customer facing roles require a more formal approach and we simply don't know if they should. Food for thought indeed!

Until there has been a great deal more research on this subject it is hard to know where the truth really lies. The thinking thus far seems to suggest that wearing jeans is good for morale, beneficial to health and promotes creativity. More formal attire boosts confidence and establishes a clearer line between work and play.

It could just be that the right attire for work will depend on the person concerned. We are all individuals and will react differently to any given set of circumstances. For many people the path to success could indeed be wearing their favourite jeans. If this is you then your perfect business wardrobe is to be found right here at Jean Store!