Influences of the Styles of Jeans

Jeans are the wardrobe staple that have defined the fashion landscape over the last 60 years. Trends come and go with many falling out of favour only to return years later with a different name. It is hard to imagine that there was a time before jeans but there certainly was! So what brought jeans into the world of fashion in the first place and how did the current trends evolve?

Jeans started life as durable work wear. In hindsight it was always simply going to be a matter of time before jeans crossed the line into the world of fashion. Something so versatile, durable and affordable would inevitably be ceased upon eventually but a spark was required to ignite the revolution! In the end it was a case of the right person with the right image at precisely the right moment.

Freedom of expression in personal style might well have happened earlier had ordinary folk been able to afford such self-indulgence. However, the global depression in the 1930's was quickly followed by World War II and then a post war era of austerity. Few people had the wherewithal or the desire to go trend setting. It has always been the youth who explore new trends and it wasn't until the 1950's that young people had the freedom and the disposable incomes to do this.

The 1950's was that precise moment in time when the world was primed for a fashion revolution. The potential for youth cultures now existed and the world was ready for change. When a smouldering Marlon Brando and a rebellious James Dean hit the big screen in movies like The Wild One and Rebel Without a Cause their image was bound to make a big impression and they both showed the world a new way to dress and that way was in denim.

The Significance of these movie stars, particularly Brando, could not be overstated. The look they adopted was a touchstone for 50's youth culture. These were icons who looked suitably anti-establishment, undeniably cool and incredibly sexy and so the revolution had begun! Levi Strauss may have invented jeans but it was Marlon Brando that made them popular.

Whilst trends come and go, some things never change and today our choice of jeans styles remains heavily influenced by the stars of the big and little screens. Designers, fashion writers and the jeans manufacturers can do what they want but unless a celebrity is seen sporting the look it will probably never take off. Nothing, however, arrives purely out of thin air. Every trend is the result of many influences converging at a given point in time.

For decades fashion has very much been a story of a move towards androgyny. Women didn't used to wear the trousers, then they did and then they wore jeans. In the 1970's men began wearing make-up and in the 1980's they wore even more make-up. Then there was Boy George! No surprise then if some jeans trends turn out to be the result of borrowing looks from the opposite sex. 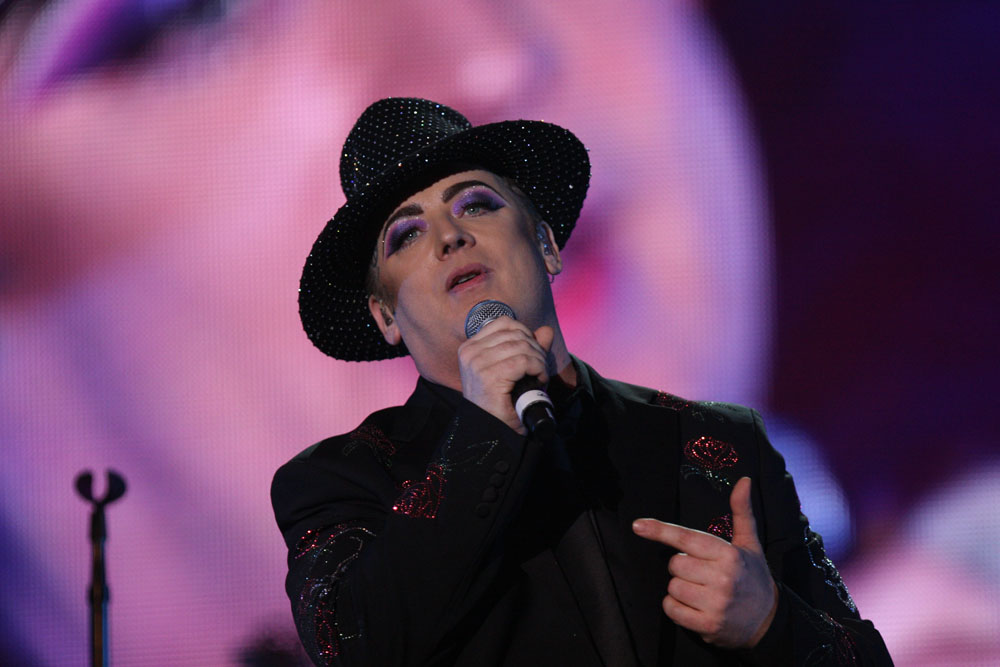 Nobody really knows how this trend got started. We will never find out who the first woman in history was to borrow her boyfriend's jeans but we can be certain that women started doing just that or at least started dressing as if they had! This was a tendency which may never have hit the mainstream had Katie Holmes not been pictured wearing denim that looked like it had leapt straight out of Tom Cruise's wardrobe. That was back in 2009 and suddenly boyfriend jeans were all the rage followed by boyfriend everything. Boyfriend jeans are the ultimate in uber casual attire where the fashionista deliberately creates a look that says that they have not deliberately created the look!

Skinny Jeans are androgyny of a different kind. Whilst boyfriend jeans saw women adopting masculine looks, the figure hugging nature of the modern skinny is very much a new manifestation of a feminine look - leggings. Of course skinny jeans are nothing new. There have been several eras or cultures where skinny ruled long before the noughties revival. Teddy Boys wore drainpipes and Punks loved their skinnies and so a triumphant return was probably inevitable and this time it has not been a fleeting trend. The comeback started at the beginning of the 21st century when the world was just starting to tire of leggings. Leggings dominated because they were versatile, comfortable and anyone could wear them and the new stretch denims made skinny jeans the obvious alternative. Dior Homme, Versus (Versace), Earl Jean and Stella McCartney started showing skinnies and when celebrities embraced the style so did we.

Skinny jeans have prevailed for a long time but that doesn't mean that the fashion world has stopped turning. New ways to wear skinnies are constantly emerging with waist bands migrating north, new colours and various levels of distress keeping things fresh. Harry Styles of One Direction may have started something now by admitting that he wears ladies jeans because he prefers the fit. We rest our case on the androgyny argument!

So where are jeans heading next? Well as mentioned before waists are definitely heading north. High rise is making a comeback and we expect that trend to continue. Skinny jeans haven't gone away basically because they work for most people but the fact that we have stuck with the style could just mean that we are now looking for new ways to change our look. We don't want to change the fit so we are going all artistic instead. Patchwork and paint splatter are set to be the next big thing. Rips and zips are also finding favour in an interesting revival of 70's Punk proclivities and Dexys Midnight Runners fans will be delighted to see the rebirth of dungarees!

We have our fingers on the pulse at Jean Store and you will always find the styles you love in our extensive denim collection. Fashions come and go but the Jean Store way remains constant. We will always have your favourite jeans at impressively low prices!