There have been few trends in the history of fashion which have sparked the controversy and intense debate currently surrounding double denim. Perhaps you are wondering what all the fuss is about or what the hell double denim actually is. In that case you have either spent the last couple of years on another planet in the far distant corners of the universe, or you have had your head in a bag. Probably one of those shopping bags for life that cramp your style but which are essential if you are to avoid the 5p carrier bag stealth tax. Double denim or denim on denim is nothing more complex that wearing denim with denim. In other words jeans with a denim jacket or jeans with a denim shirt. So why the controversy?

The short answer is that it is all Justin Timberlake's fault. If your sojourn on the distant planet or your relationship with your bag for life has been a lengthy one then you may not recall the greatest fashion faux pas in the history of the known universe. Double denim was big in the 90's but teetering on the edge of extinction when Mr Timberlake killed it stone dead by appearing in public in a double denim nightmare dubbed the Canadian Tuxedo. The hideous outfit quickly had the fashion world reeling in disgust. A seismic shift in attitudes ensued and double denim was universally shunned.

Of course in fashion nothing is forever. The look that had been condemned as a no go area gradually began to creep back into the fashion landscape. This probably wouldn't have been particularly noteworthy except that some eminently cool people were going double and were pulling off the look with some aplomb. If David Beckham, Kanye West and Rihanna could look cool then perhaps double denim wasn't such a bad idea. Some people have remained firmly entrenched in the don't go there camp whilst others are seeing great potential in the look.

The intensity of the debate about double denim might be a little difficult to understand. Let's face it, this is not an issue that is up there with world poverty or even the release date for the next iPhone. What is not so difficult to get your head around is the reason for the revival. For one thing people love their denim so in this regard DD is a no brainer. Then there is the inexorable trend towards casual looks where more formal attire used to be the order of the day. However, as is usually the case, it is the fashion industry that we really have to thank for the renaissance.

Skinny jeans had become so popular that designers and the big brands had corralled themselves into a corner. If they couldn't sell lots of different styles of jeans then what could they offer to boost denim sales? They needed to diversify into different denim garments. This meant that they would have to convince us all that a look we all hated with a passion just a few years ago was actually the best thing since sliced bread. The designer catwalks were suddenly full of denim separates and new ways to team up denim and then entrance stage left, David Beckham and Kanye West. Hell, even James Bond wears double denim. Well Daniel Craig does anyway.

So is the big DD a case of double trouble or is it simply twice as nice? Is it wrong, wrong, wrong or is double denim so incredibly wrong that it's right?

So there you have it. Double denim is now a hot topic. One that rivals the immigration crisis for spawning media coverage, not to mention entrenched opinions. Of course we are passionate about denim here at Jean Store and so, Justin Timberlake aside, we think that double denim could just be denim nirvana. As long as you get the look right. And there, as Hamlet so succinctly put it, is the rub.

If a panic attack is imminent because you don't know if you have completely nailed the double denim look then we have a few pointers for you. Advice where DD is concerned isn't entirely straightforward because there is even widespread disagreement about what works and what doesn't. This could simply be a matter of different tastes. It could also be because double denim disasters are often not the result of the wrong styles being teamed up, but more a case of the wrong person wearing them. Different looks suit different people whether denim is involved or not. It is essential that you settle on a denim partnership that suits you and so our first piece of advice is to look in the mirror!

Nailing this look can be all about getting the right fit. Baggy jeans and an ill-fitting denim jacket can leave you looking like you just got out of bed or that you have borrowed a few things in haste from someone's washing basket. On the other hand, a great fitting pair of skinnies and a cool denim jacket, like a Wrangler style, could be just the ticket. Whatever you do, make sure that you choose pieces which suit your physique.

Double denim doesn't to mean jeans and a jacket. Jeans paired with a denim shirt can be a great look and the shirt doesn't even actually have to be denim. A light blue shirt can be a neat alternative or test the water with chambray. This fabric looks like denim from a distance and can be a real winner. Especially if you are aiming for a more formal look.

They say that you can never have too much of a good thing but when it comes to denim you actually can. Double denim can look cool, triple denim is much harder to get right and so should be avoided. If you really can't resist the overload then tie a denim shirt around your waist rather than wearing it to break things up a bit.

Double denim's spiritual home is the Wild West but as a new trend the look is only chic if it is given a contemporary twist. To avoid looking dated, try to steer clear of teaming up jeans or denim jackets with anything that screams cowboy or lumberjack. Otherwise you are going to look like a member of the Village People or a Billy the Kid wannabee. Leave the cowboy boots, checked shirts and bandanas in the wardrobe. 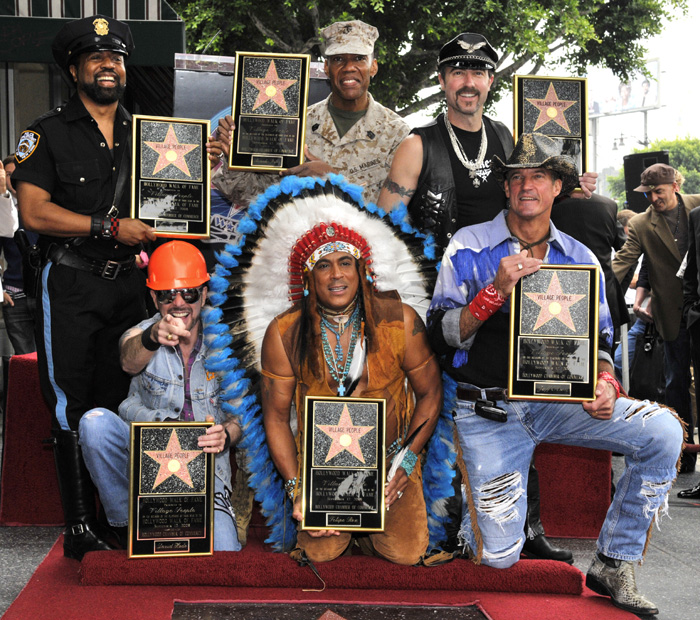 On the other hand you could take inspiration from the other bastion of double denim, country music, and partner your jeans and denim jacket with a country style shirt. Just make sure it is a contemporary one! This is dangerous territory if you aren't into line dancing but it can work. Honest!

It is the issue of colour that has become truly controversial. Some fashion writers insist that wearing two pieces of denim in the same shade is an atrocity whilst others love the idea. Wearing matching shades of denim is a bit 90's and veering towards Justin Timberlake but can look stylish if you add some strong colour into the mix. Choose a bold top to partner your jeans and jacket and you could be on to a winner. The right accessories could make or break your outfit too. If you are wearing jeans with a jacket or shirt of the same shade then go for striking and contemporary belts, footwear, scarves and jewellery to turn a 90's nightmare into an altogether more current and unique ensemble.

If matching shades do not appeal then try teaming up different colours of denim. You will have to decide whether to go for a lighter top with darker jeans or vice versa. Dark colours tend to be slimming. If you are a bit top heavy then go with a dark shirt or jacket. If you are short or dislike your legs then go with dark jeans.

For a more striking look try incorporating patterned pieces into your double denim looks. Patterned jeans worn with a plain jacket will break up the barrage of blue nicely and add a little panache and originality to your personal style. Patterned or patched denim can transform an everyday casual outfit into an eye catching number for a night out. 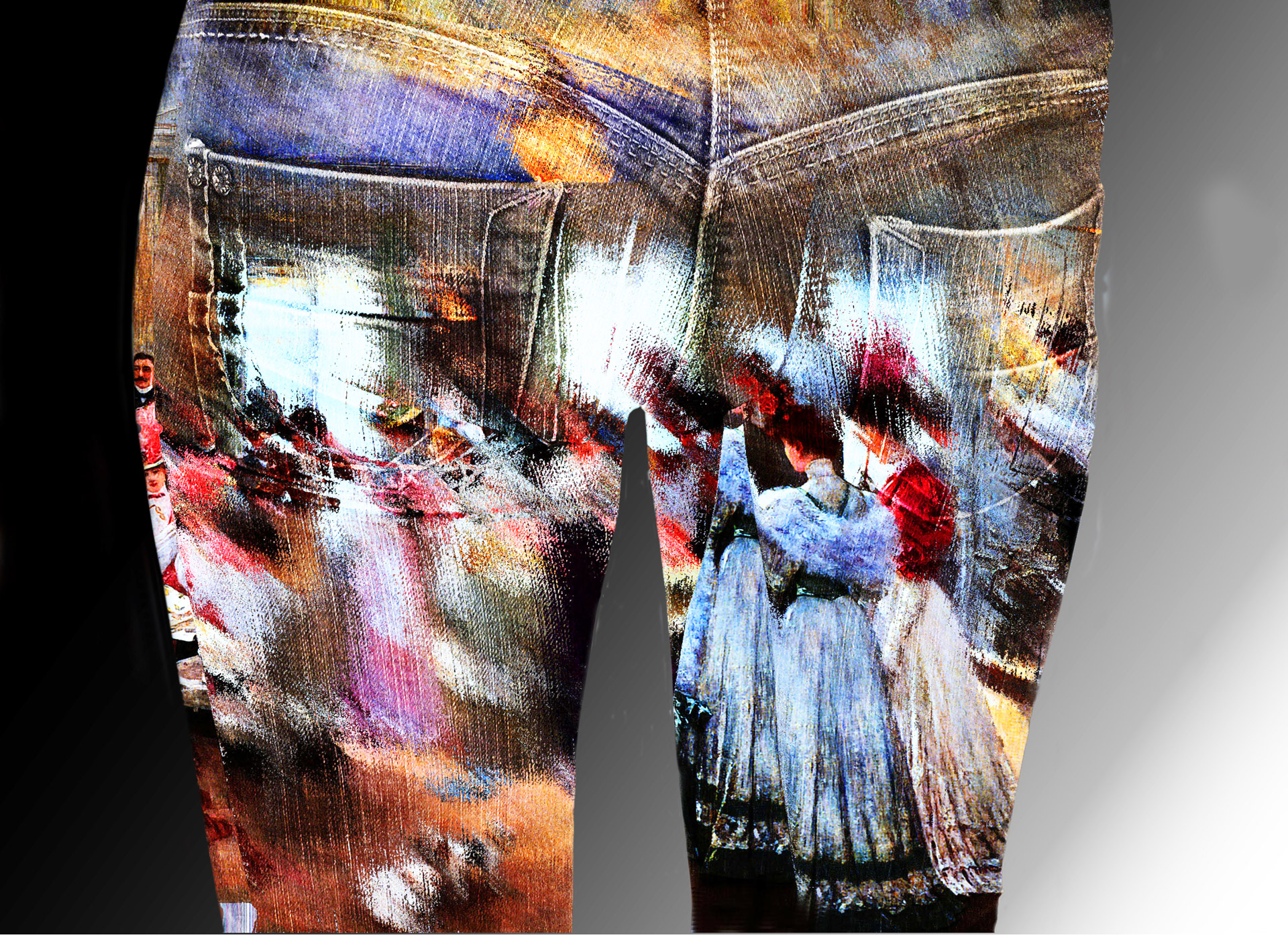 Maybe patches and patterns are a step too far for you. If so then try wearing distressed or ripped jeans to add interest to the look.

Double denim can really work and can be whatever you want it to be. In truth there are no hard and fast rules to worry about. If you choose pieces which suit you and experiment with different permutations and accessories you will find combos that really hit the mark.