Once an artist is recognised as a master, value is found in anything that they have created. Picasso could have thrown paint at a canvas whilst blindfolded and semi-conscious and the results would now be worth a fortune. Jackson Pollock literally did throw paint at his canvases and yet not so long ago one of his paintings sold for $164 million! Forgeries and imitations on the other hand are almost worthless. A piece must have the right provenance. In other words it must be undeniably authentic to be revered. So what is the difference between an accomplished artist and a master? Well, in the world of art, greatness is usually achieved by being a game changer.

Right now you are probably wondering why I am rambling on about the merits of abstract expressionism when I should be talking about jeans because that is why you are here, right? Well, here's the thing. The concept of authenticity is important in the world of denim too and I am not talking about knock off designer jeans. The jeans we buy can certainly be genuine or fake. In other words they are produced by the brand concerned or they simply are not. Authenticity when it comes to jeans is another matter entirely. Authentic jeans are like the aforementioned artists. They have to be genuine, of course, but more importantly authentic jeans are the game changers, the styles that altered our world. Authentic jeans are called Levi's 501. 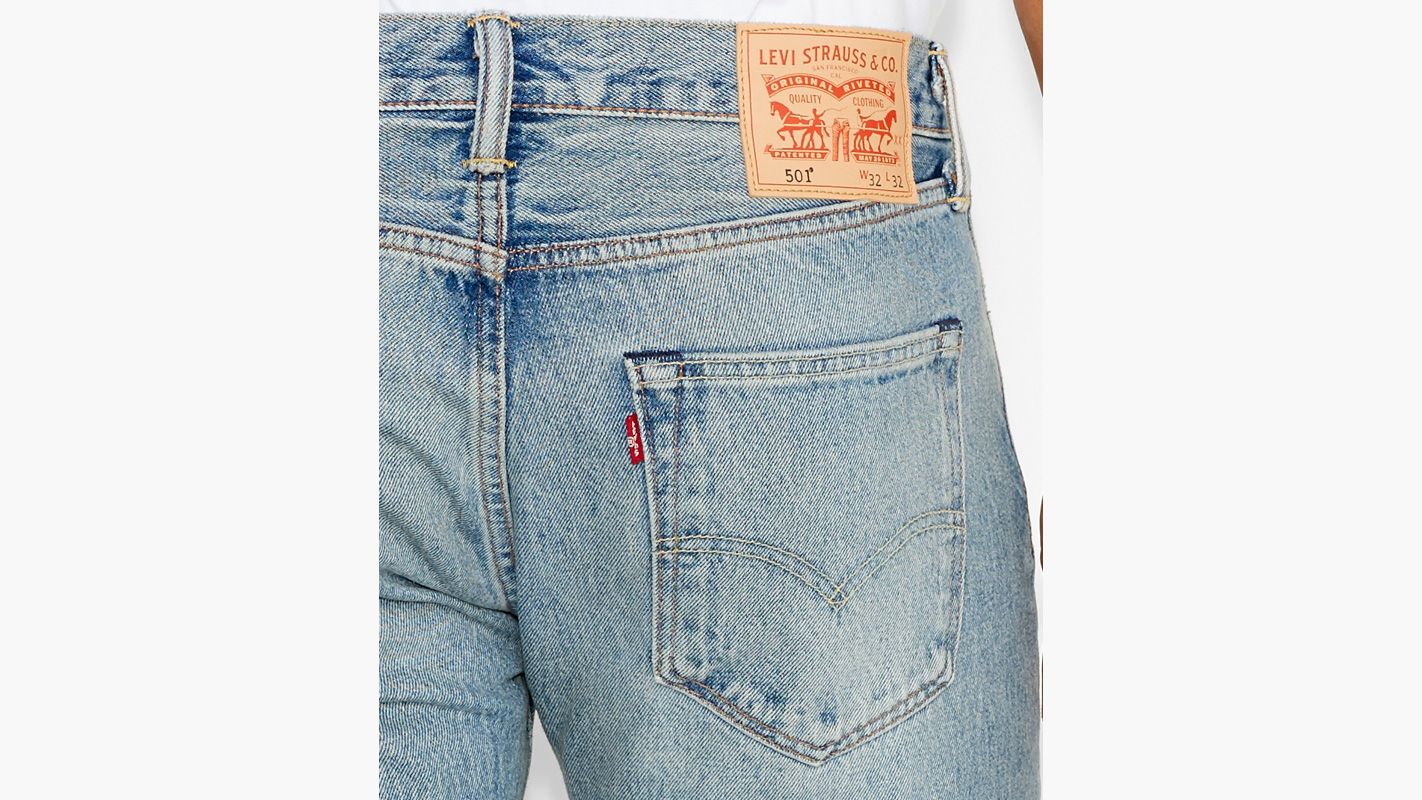 Being a smarty pants you will have deduced that when it comes to Levi's there is a somewhat different interpretation of the word authentic in play. You might think that original would be a better choice but the immense kudos of the 501 style is based on more than the fact that Levi Strauss introduced jeans to the world. Picasso didn't invent painting, he evolved a style of painting. Levi's went one better by both inventing jeans and creating the particular style that people keep revisiting. This is despite a century and more of new trends and designs evolving. Levi's 501s have a unique place in social history because they are pretty much the only fashion of 19th century vintage that remains not just popular but also undeniably cool. There have been thousands of different jeans in a variety of styles and colours and with a dizzying array of features but Levi's 501s remain the authentic jeans.

So what is so damn special about Levi's 501s? Why do we still treasure them when we have so much choice at our disposal? At first glance the answers are obvious. 501s were the originals, the riveted jeans that started it all. They are durable, they are comfortable, they suit just about everyone and they are affordable. But that's not the whole story. I mean you could say the same about several fashions that have long been forgotten. Levi's 501s haven't actually so much remained cool as returned to cool. After decades of dominance Levi's sales had begun to decline in the 1980's and eventually plateaued. Levi's were in danger of entering the denim wilderness. They needed something to put their jeans back on the fashion map. Rather brilliantly this difficult manoeuvre was successfully achieved not by creating new styles, but by leveraging the heritage values of the ones that they already had.

Bavarian immigrant Levi Strauss had a lightbulb moment and created work wear for the men who were changing the face of America. These were the pioneers, the men who built the new world by constructing the railroads and mining for precious metals. Levi's jeans would always have been associated with the building of a great nation which would be enough to engender their special place is history. Then, via the movies, they made the leap into fashion and laid important foundations their too. Years later Levi's needed something to boost the company's fortunes and this time the game changer was the reminder about that incredible heritage. Levi's didn't look to new styles, they simply put the 501 centre stage again. A rather large advertising campaign and a copious amount of sponsorship has returned Levi's in general and 501s in particular, to the fashion limelight and the story we are being told is one of heritage and authenticity. The message is that there is nothing quite like 501's and in truth there really isn't.

With the Benefit of Time

Nothing could ever be quite like 501s in our lifetimes because they are the originals. We know them, we understand them and we appreciate their significance. We can appreciate all sorts of other jeans too but we won't live long enough to see any other styles develop a legend to rival 501s. Timelessness takes time, it is as simple as that.

I am not an art historian so I won't attempt to explain the various merits of Picasso and, quite frankly, they are beyond my comprehension. However, I do understand that the brilliance of many artists is only ever fully appreciated after their deaths. Most geniuses never live to see their creations fetch millions at auction or to watch a raft of forgers attempt to mimic their style for financial gain. It is only the passage of time that gives people the perspective they need to distinguish the masterpieces from the pale imitations.

The likes of Picasso and Jackson Pollock would doubtless be bemused by the prices their originals now command. I suspect that Levi Strauss would be completely stunned to discover that vintage 501s sell for prices that would rival those of some Picassos. Levi's efforts to emphasise the heritage values of their jeans have ensured their enduring popularity. Their aim would have been to drive sales of new jeans and they have succeeded, but their efforts have also caused vintage examples to rocket in price. Levi's made the transition from work wear to fashion, now they are considered to be authentic masterpieces. How cool is that? Gosh, I just compared a pair of Levi's to a Picasso. Actually I'm not that flush right now so I know what I would rather have. Well you can't wear a Picasso can you?